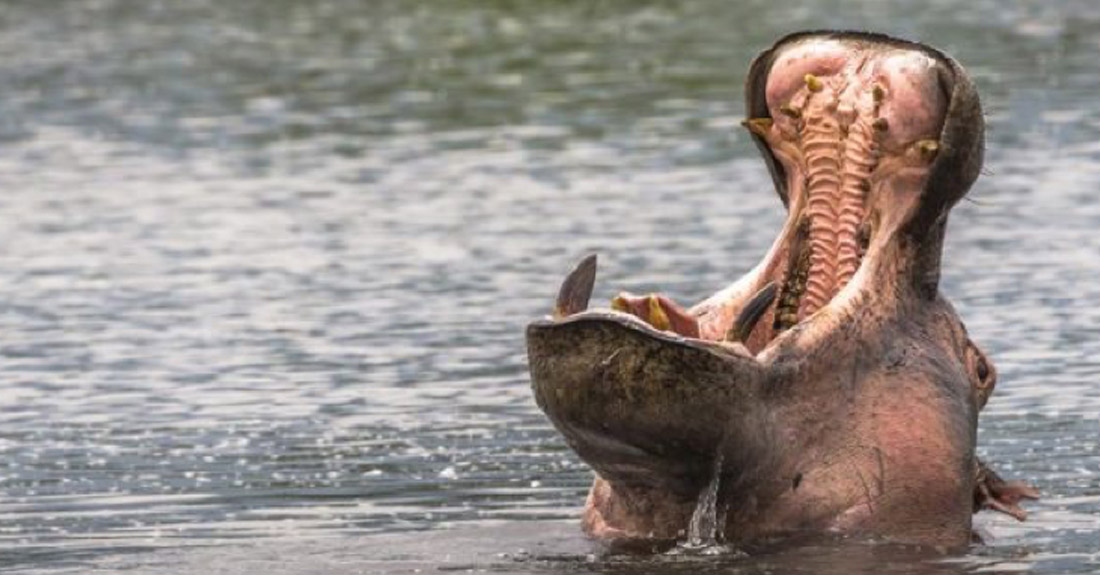 Hippos are very large amphibious mammals, found in the southern half of the African continent. They were originally native to everywhere south of the Sahara, but are now mostly living in parks and reserves. The hippopotamus amphibious, as it is known taxonomically, is in the Hippopotamidae Family. 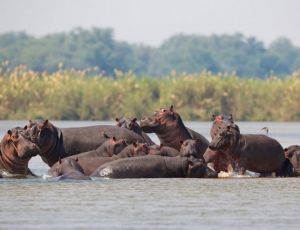 Hippos are large creatures with some males weighing in at 1.5 tonnes and the females at 1.3 tonnes. Their huge mouth can be half a metre wide, they have upper and lower canine teeth and incisors that are modified into tusks which can extend 22 cm.

As the hippo skin is vulnerable to overheating and dehydration, they overcome this by submerging their bodies in water during the day (usually still water without rapids) and leaving only to graze. They also can travel between two to six miles during their nightly foraging. The paths from the water to the foraging start off as a “main road”, and then branch into smaller paths.

In the water, they will submerge themselves for up to seven minutes before resurfacing for air. But, don’t be misled by their size in thinking they are slow! Despite their enormous size, hippos are very quick and agile. In an emergency, a hippo can run 18 mph and turn around surprisingly easy and even climb steep banks.

Hippos are very tolerant of each other in the water – even resting their heads on each other. Since they have no frequent predator, they can afford to forage alone. Hippos will herd with 10 to 15 in number and can hold the same rivers or foraging area for up to four years.

The females start conceiving at age nine and calve in two-year intervals. After an eight-month gestation period, the mother will isolate herself from the herd to give birth. They stay with the single offspring for 10 to 44 days, before rejoining the herd. The calves are able to suckle underwater by closing their ears and nostrils, returning to the surface every few minutes for air. If the young are healthy, they can live for 20 to 30 years. 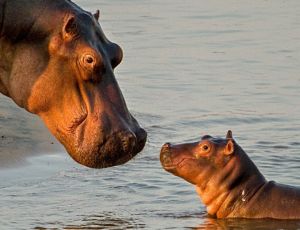 To mark their territory, a hippo will simultaneously defecate and urinate while spinning their tail to distribute excrement over a greater area. The same action will be performed when another hippo is near to show dominance or to attract a female, and also as a prelude to a fight or a substitute for a fight. If they do fight each other, they will “yawn” to show the size of their gape. A single bite can puncture their two-inch hide and cause serious injury.

When not in the water, hippos rarely call. However, in the water, they are among the noisiest animals on the continent. They vocally advertise by wheeze-honking.

An epic start to the year for our January students!

Say hello to our new intake for 2020! Welcome to the team and good luck with your exciting adventure.

Watch this space to see their journey unfold.

While trekking through the bush, students captured some awesome images of the NJ MORE team and magical Marataba.

We have just 2 spots left for the Jan intake of our 60-Day Apprentice Field Guide Course! Book now to avoid missing out on the adventure of a lifetime!